Actually, every season is photography season.  Some seasons, like the fall, just make it more obvious.  It’s hot today so instead of shooting (a cowardly approach to be sure), I ended up going through some old images from Worcester.  These are from a location that everyone in Worcester knows about, Elm Park.  A jewel for the City. One of the first great urban parks, created, after an extended struggle, with aesthetics in mind.  The bridge at Elm Park (one of two, but this is the more classical location) is often used by couples and wedding photographers, because it’s just so visually pleasing.  This shot was not cooked in Photoshop.  The colors there, if you catch the right day, are really this intense and the vibrancy is made all that much more compelling by the reflections from the Pond, if the wind is perfectly calm.  (Click on all the images below for a better view.) 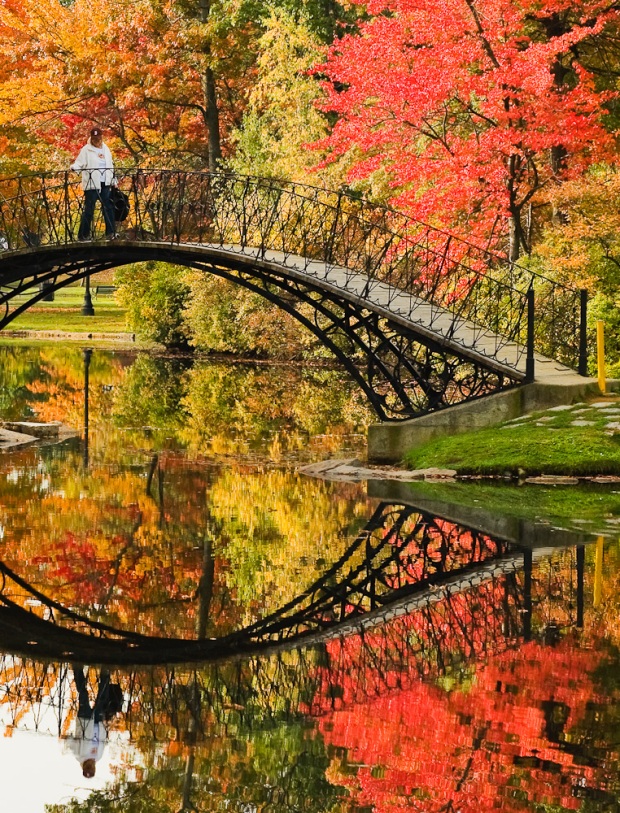 Here’s the other bridge in Elm Park, and one of our favorite visitors to the Park, a Great Blue Heron. 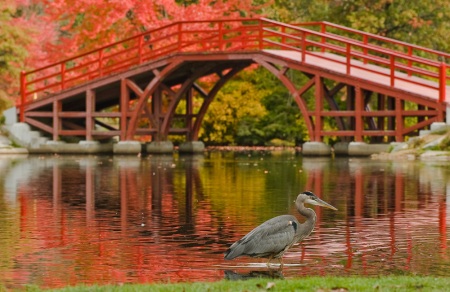 The magnificent birds don’t seem to be bothered by human presence or human pollution.

The Park, like all ecosystems, is both resilient and fragile at the same time.  This Park gets a lot of use by the citizenry, some who honor it, and some who don’t.

But humans aren’t the only challenge the Park faces.  If you look carefully at this crop if another shot of the bicycle, you’ll see that the Pond is loaded with Milfoil, an invasive species that threatens to choke the life out of many ponds in this area. 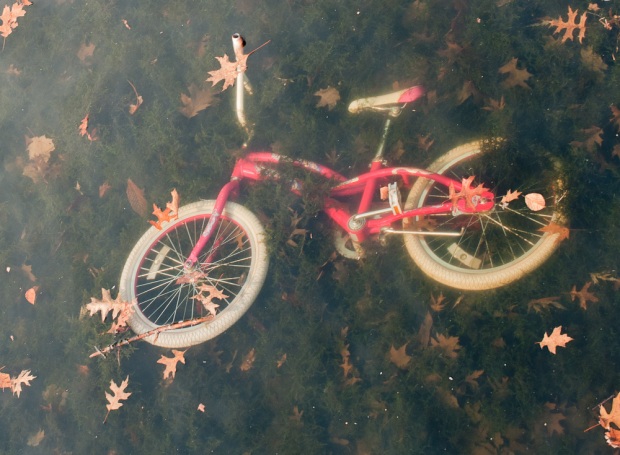 The City ultimately treated the Pond for the problem and it now seems to be under control.  However, that costs money which the City and the taxpayers had to provide.   But, we have a responsibility for our environment.  We’ve created it, and hopefully we’ll take care of it. 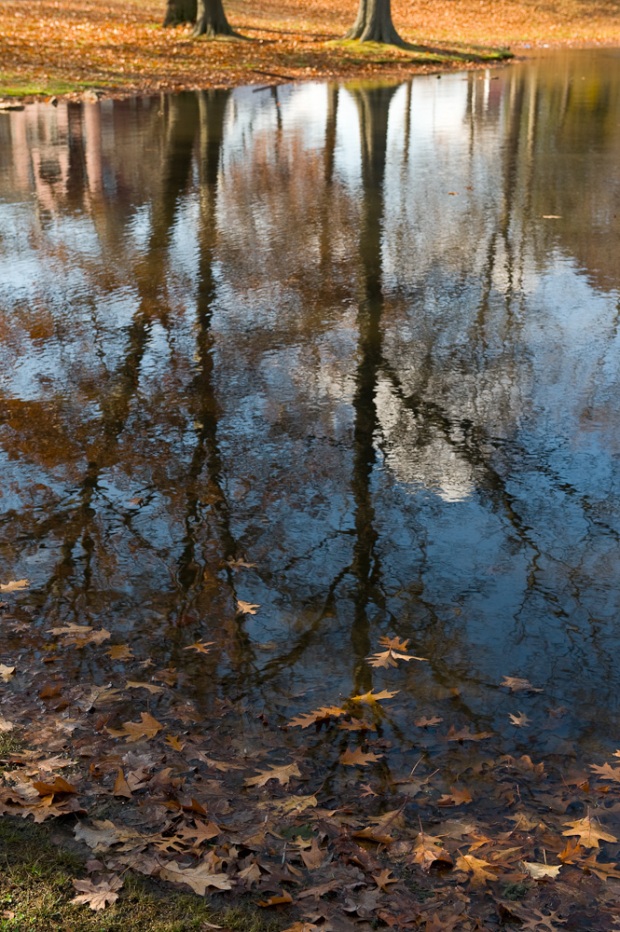