We were out at the Quabbin Reservoir this morning and there may have been a few images worthy of posting as a result, we’ll see.  It’s been a very tough winter for capturing anything at all compelling.  A creative drought just like the dry air.  Where is winter anyway?  I shouldn’t complain since I have to drive an hour to work and in the snow that is not fun!  (Now watch, in just a week or two, we will be inundated and it will be my fault.)  You can’t judge climate by local weather so is this a harbinger of things to come?  Unclear.  I did note that the Department of Agriculture recently released new plant/crop growing “hardiness” guidelines that reflect our warming earth.  The USDA divides the country into zones based in part on average temperatures.  They have moved every zone basically “up” one zone, confirming the observation that plants from lower latitudes are finding life more hospitable up this way.  So where did winter go?

We did have a brief taste this past week, during which we observed the all important principal with regarding to winter photography.  Get out there while it’s still snowing. We walked to Worcester State University, to visit one of our favorite trees, The Lancer Oak.  I’ve mentioned The Lancer Oak on many occasions here.  At over 125 years of age, it’s reputed to be the oldest Oak tree in the City.  It watches out over the campus on a day like this like a gigantic, patient, Overlord. 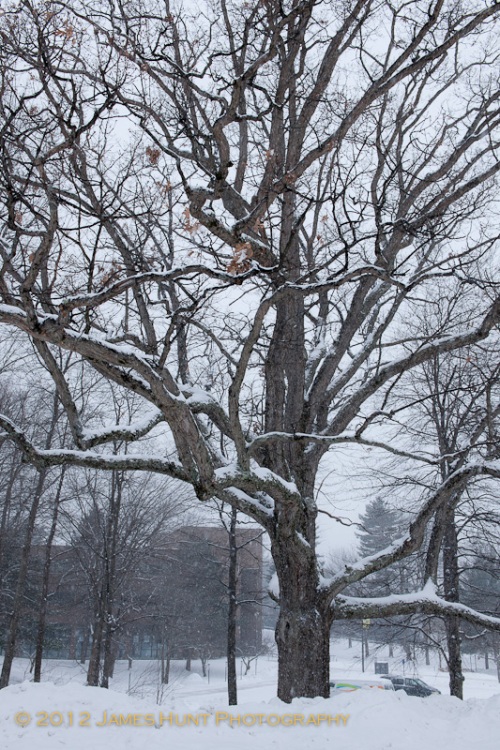 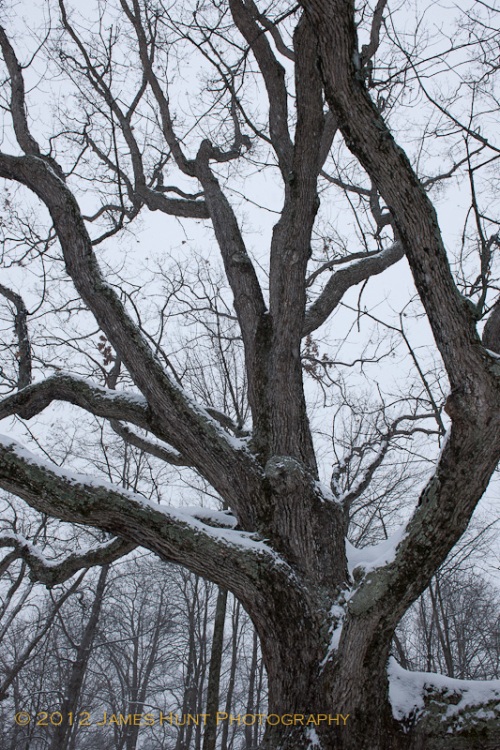 And reaching for the sky.  A Lion in Winter (apologies to James Goldman).

I have written before about the work of Robert Glenn Ketchum.  He is without a doubt one of America’s great landscape and nature photographers.  Some of his best work, in my opinion, was on the Hudson River Valley.  An environmentalist to the core, he does not shy away from troubling vistas.  His work is not anything like “eco porn” as it is sometimes described, beautiful but essentially meaningless pictures. He tells a story with his work.  I cite him in the rather unusual context of a blog with a title “Quite the Mess” because of his ability to deal with just how messy nature can be.  We are implored as photographers to simplify, get just a few elements in your photos, and above all, get an image that doesn’t include a lot of distractions. I actually agree with that advice.  On occasion, such opportunities fall right into your lap.  More often when you’re trying to capture what is really happening in the wild, it ain’t going to happen.  Or, if it does, you will have lost your story line.  Case in point, the Swift River (Middle Branch) running under the old stone bridge at Gate 30 of the Quabbin Reservoir (located in New Salem, Massachusetts) a few weeks ago. 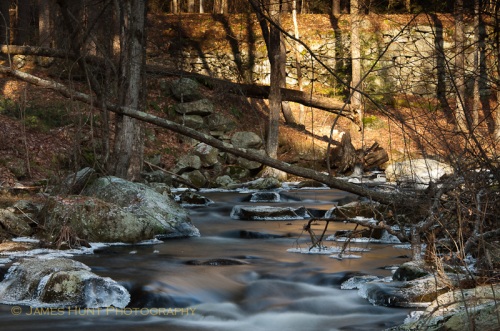 Could some one get that tree out of there!  No, I guess.  I actually debated the wisdom of putting these messy vistas on view.  I can hear some of my old teachers now.  “Some things are beautiful, but don’t photograph well, that’s the way it is…..cope!”  But it occurs to me that we run risks when the work is always pristinely simple.  Have we at least paid attention to the way nature works, the way things look when they are in fact left “wild?”  So, ladies and gentlemen, from my “messy” portfolio..

I have to comment on these bells.  I tried every way I could think of or was physically capable of to create a compelling composition.  The problem here is that the tree branch from which the ice bells grew cuts across the frame in a rather mundane fashion.  Such is life.  This fallen tree created a platform for all sorts of wonderful ice forms.

A work of classical fine art?  Perhaps not. But the story here is, in part, the weather. Much of the “mess” resulted from the Halloween 2011 snow storm.  Such storms reshape the forest.  Nature obeys the laws of, nature, of course, the rules of photography not withstanding.

On closer inspection, things start to make a bit of sense. 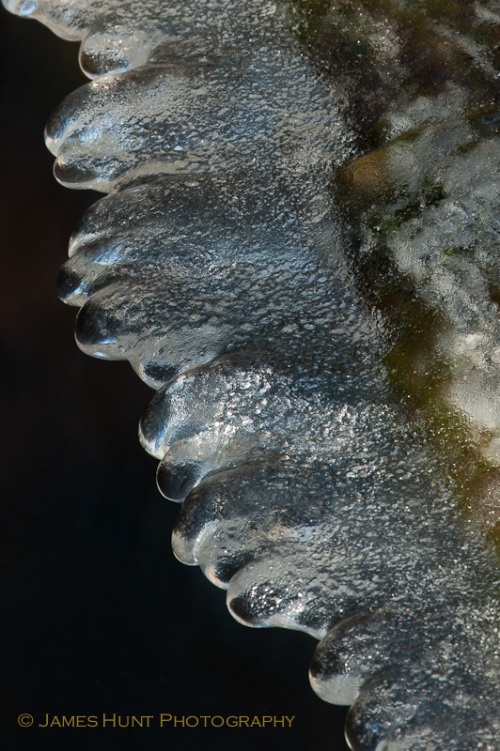 With apologies to Robert Glenn Ketchum!