Things are Looking Up at Elm Park

Over the past few months we’ve been heading out to Elm Park, in Worcester, MA, to photograph the state of the park benches and other aspects of the “contemplative infrastructure” there.  Their state of decay seemed to provoke the imagination with thoughts of age, and loss, and what seems like the inevitable link between the two of them.  Elm Park, initially created in 1854 along with Central Park in New York provided an excellent background for such a metaphor, given it’s age, significance and apparent decay. 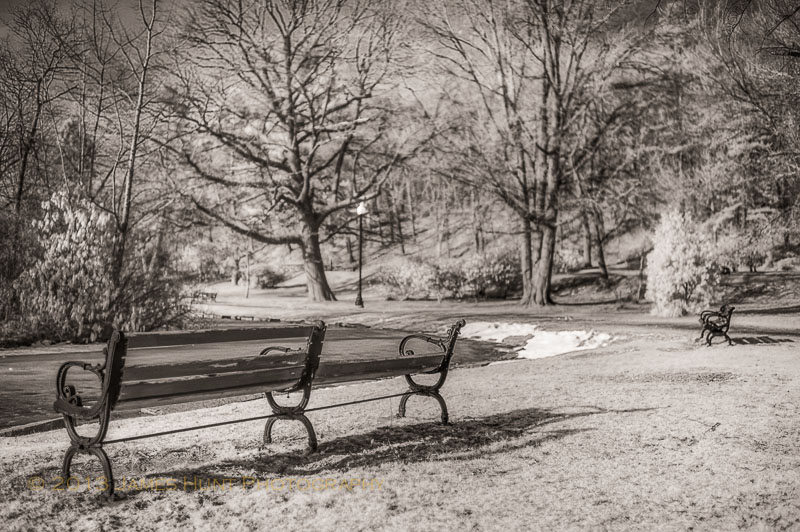 While this work was very personal, the implied criticism is hard to miss.  I’ve been photographing in Elm Park for a decade and for the most part, have found it to be a compelling if not wonderful spot. Well, as we were about to leave on the 13th, we noted a construction fencing company putting down their wares around a substantial chunk of the north side of the Park, near Highland St.  Indeed, work was about to begin on the renovations of the Park.

You can read about the work, and the challenging of fund raising for the work, here.  The City doesn’t have all the money they’d like to for the project, but they are going ahead.  If there is one thing I’ve learned from my entrepreneurship colleagues at Babson College it is begin with the resources you have, take action. Makes sense to me.

Elm Park is a regional if not a national treasure.  Age and decay are not inevitably linked.  Though the broken benches certainly provide artistic stimulation, we’ll be far better off with a Park that serves the next generation.  I’m reminded of the recent findings from the Mars rover, Curiosity.  It seems very likely that Mars once had an atmosphere and surface that would actually support life.  That is not the case today.  They’re now looking for signs that could explain what happened that resulted in the decay of the atmosphere.  (Do you suppose the signs might say, “Filling Station?”:)  Thanks to the City and the private donors who are taking action to preserve the future.

Perhaps They Are Trying to Tell us Something

The snow is rapidly melting, and it is actually quite warm.  I’ve been working on a variety of other projects, but when I come down to the dining room in the morning, there they are, those wonderful tulips.  Each day, they present in such a different a delightful way.  Perhaps Sandra and Alicia gave Chris super flowers.  Regardless, they seem to be trying to tell us something.

Or perhaps we should just count our blessings.

On a Snowy Day

We have had plenty of the stuff in Central Massachusetts, so far this year.  Here’s a brief post to choices.  You can get depressed by too much of this.

Or, you can make some lemonade, courtesy Chris’s wonderful friends, Sandra and Alicia.