On the Road, Cape Charles Virginia

The ferry across the mouth of the Chesapeake Bay used to land at Cape Charles, on the southern end of the Delmarva Peninsula.  In 1964, the Chesapeake Bay Bridge Tunnel was opened and the ferry was no more.  Cape Charles fell on hard times.  The ferry was quite a ride as I recall.  But it took an hour or so to get across the 25 miles, approximately, between Norfolk and Delmarva, a long time by 2015 standards.  The town is now very quiet. 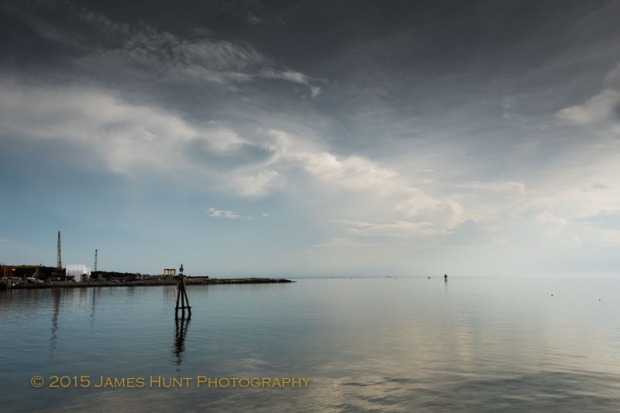 Ironically, the leading business in town is a concrete factory.  This is the same factory that made the concrete pilings for the construction of the Bridge Tunnel.  It’s now making the concrete pilings for the reconstruction of the Tappen Zee Bridge. As towns like this do, however, they are now rather aggressively pursuing the tourist trade, with some success it appears.  Their ace is their Bay facing beach and a boardwalk that runs out into the water. 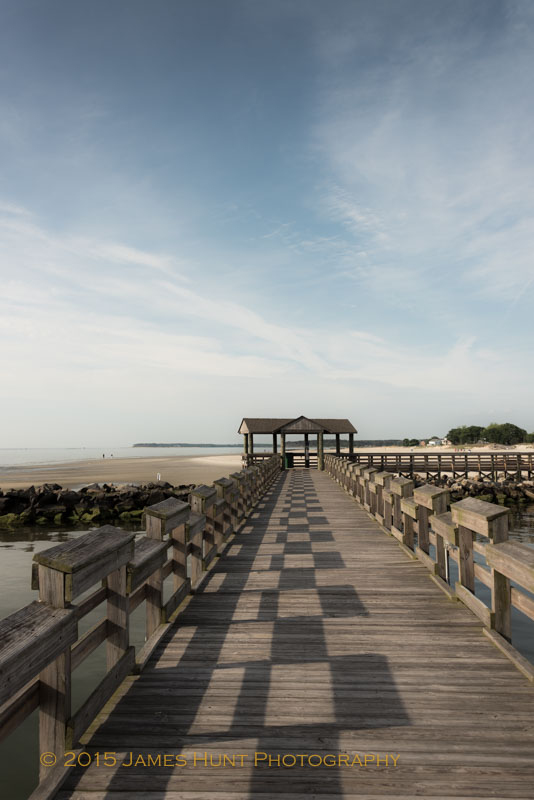 However, their ace in the hole is the sunset.  If you go there at the right time, on a weekday, you’ll likely be able to view the sunset in peace.

From: Uncategorized
← A Most Beautiful Battery
The Tides of Nature and History Meet →
2 Comments Post a comment