“Under the Highway” Exhibition in Worcester

I’m happy to report that an exhibition of my work from the Blackstone River will be opening at the Franklin Square Gallery at the Hanover Theater in Worcester, Massachusetts on June 27.  The exhibition is produced by ArtsWorcester and I’m eternally grateful for this opportunity.

The exhibition works were taken along the Blackstone River Bikeway, in Millbury and Worcester, Massachusetts.  The Bikeway, which is an even better walking trail, was created during Worcester’s “Little Dig,” i.e. the reconstruction of Route 146, around 2000.  I have been fascinated by the anxious beauty there since I first explored the Path in 2013.  One can see the interaction of the River, the highway and the railroad, and society in the context of an urban park. 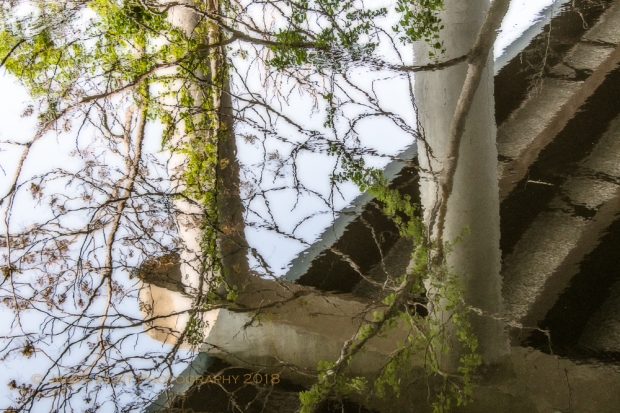 The River is both beautiful and long suffering.  The bikeway was created as part of an effort to celebrate and restore the River through the establishment of the Blackstone Valley National Heritage Corridor.  The Blackstone has enormous historical significance as the engine of entrepreneurship in the new United States in the late 1700’s.  Enormous wealth was created, thousands were employed, but the River was taken for granted.  As I’ve described here previously, the River became one of the most polluted rivers in the country.  Now, many folks are trying to help the River and the surrounding areas, but it’s tough going.  I hope the exhibition contributes to raising awareness of the hidden beauty of the River even in this seemingly hostile environment, celebrating the work that’s gone into trying to help the River and at the same time demonstrating the ever present possibility that we could take our environment for granted at any moment.