Posts from the ‘Panoramas’ Category

It probably should not come as a surprise to anyone in New England, but this winter is obviously not giving up without a fight.  It should be a nice spring morning and really it is.  It’s just that it is snowing.  Again….  Photography brings solace, so here are some more photo thoughts from the Quabbin Reservoir, the Winsor Dam area inside Quabbin Park.  You can  click on the images for a better view. 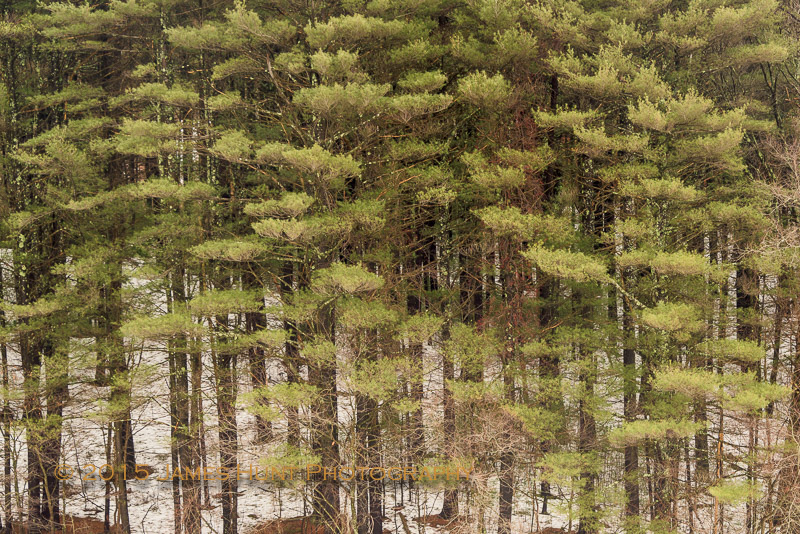 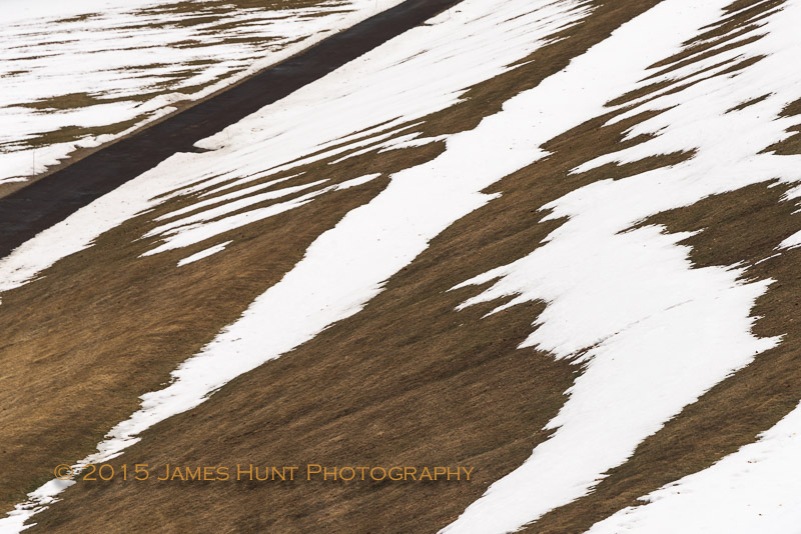 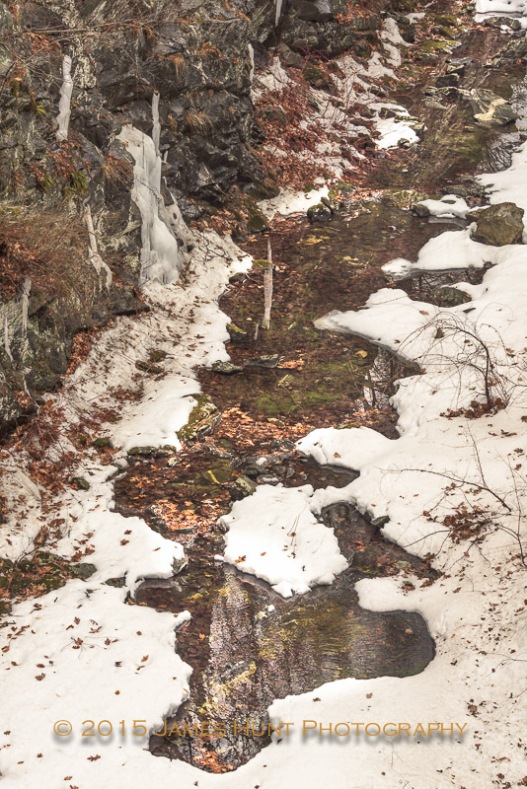 Black and White somehow feels like a presentation more appropriate to the mood though. 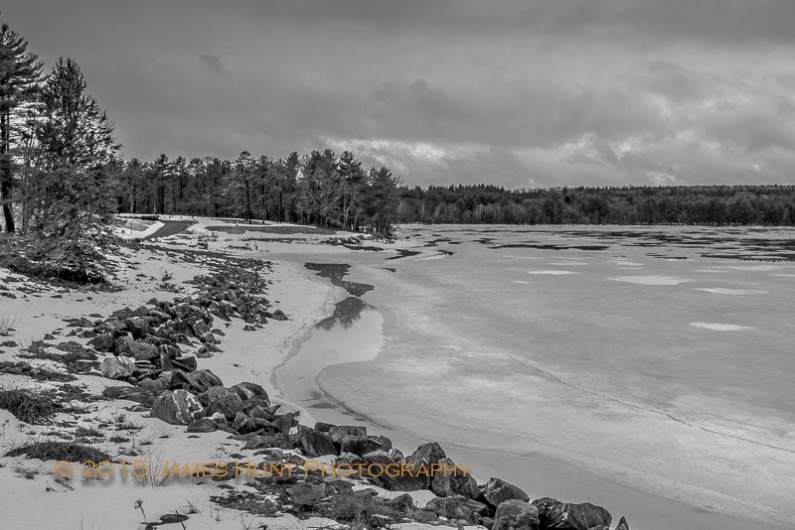 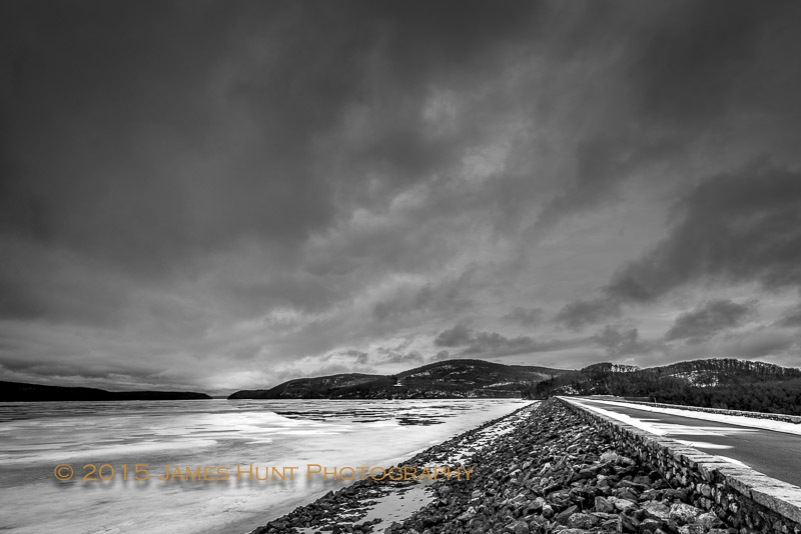 And for those interested in the details, here is a panorama taken from the Bridge of the ice and the budding reflections we can see in the puddles left by a recent rain.  If you want to see it really large, you can find it on Gigapan here. 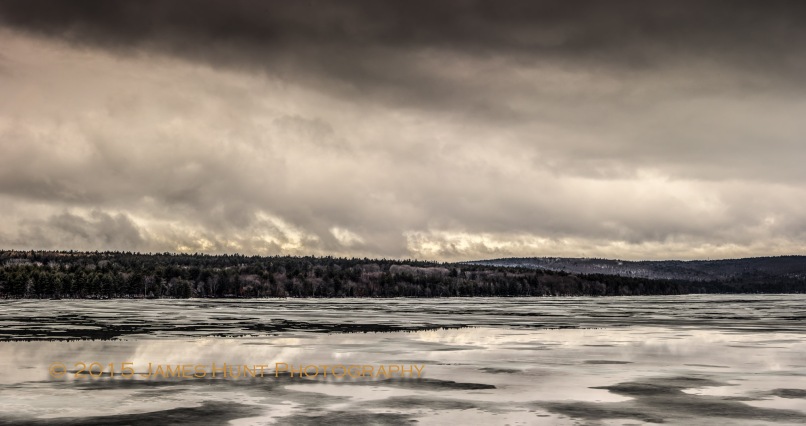 A New Panorama from the Quabbin Reservoir

When you stop to consider how enormously difficult it has to be to create a Reservoir, keep in mind that the work of doing so has been going on for a very long time. Indeed, the technique was invented by Beavers. Humans just scaled it up a bit. The water that forms the Quabbin Reservoir (in central Massachusetts, providing drinking water to much of Eastern Massachusetts) comes into what once was the Swift River Valley from the north, largely via three branches of the Swift River and several additional “brooks.” That water flow comes to a stop here and also at the nearby Goodnough Dike. This is the Winsor Dam, approximately a half mile across. It was built nearly eighty years ago and represented at its time an incredible engineering accomplishment. Of course, in the process, four towns were lost. This is a panorama so you’re really going to have to click on it to get a sense of the scale of the Dam.

If you’re really interested, or if you’re drawn in by the hypnotic effect of exploring a full blown panorama of anything, I’d strongly recommend you click here.  That click will take you to my Gigapan sight, we’re you’ll pretty much be able to walk all the way to the monument at the eastern end of the Dam.  Look carefully, it’s there.  (Sorry, but WordPress, host of this blog, doesn’t allow for the gigapan to be embedded directly, which is of course very frustrating!)  Thanks for looking.

One of my favorite photography books of all times is “A Ramble in Olmsted Parks” by the great Lee Friedlander.  You can see a nice slide show representative of that wonderful work here.  There is something about those great parks, including in central Massachusetts, our own Elm Park, that inspires in one a desire to ramble.  Of course, technically this is not an Olmsted Park, as its founding in 1854 predates Olmsted’s work.  However, his firm was involved in its redesign a bit later, so we’re going to take poetic license and say it is (sort of) one of his great parks.  (If you click on these images, you’ll get a better view.  This first one is a panorama so you really should give it a try.)

No matter, the works of the great park building artists of that period all pointed toward an integration of the urban and the rural, hence the idea that these are good places to hang around.  Making what you see visually pleasing was part of the deal. Nice lines, water and trees. 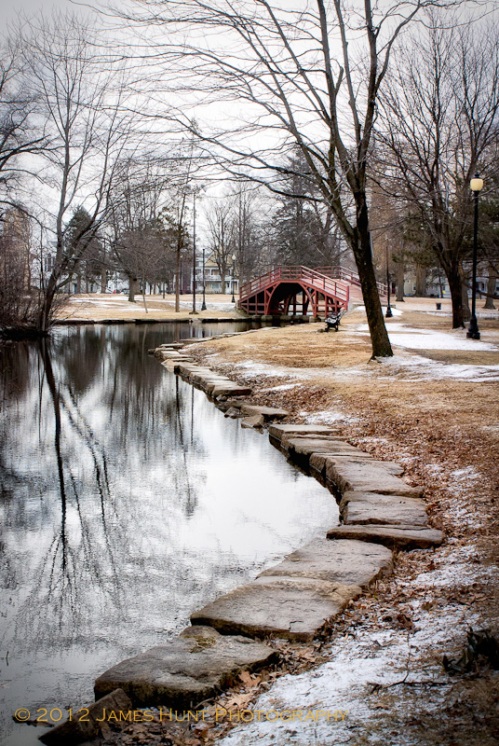 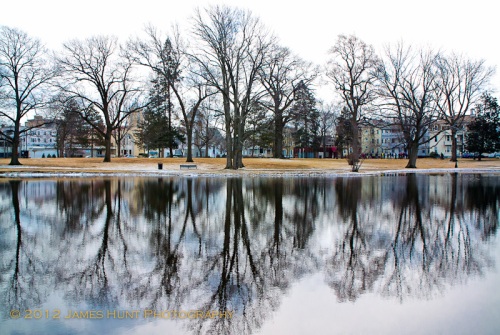 These designers also had a sense of humor, which I appreciate. 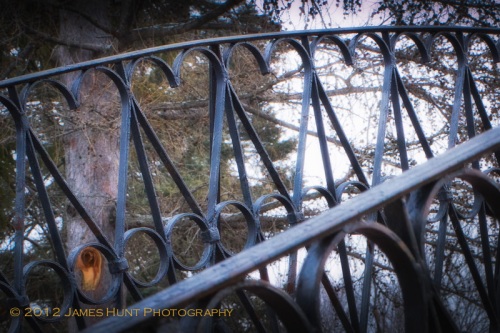 Technical Note:  These images were all taken with the Nikon V1.  The V1 was introduced as Nikon’s first mirrorless offering last fall, and greeted with a ridiculous level of controversy.  This isn’t a gear site, so I won’t bore you with the details but suffice it to say, it is easy to criticize a camera that you have never used. (I guess that goes for anything doesn’t it.)  I, and many others, are finding the V1 to be a able, small, quiet camera with very competent lenses, capable of rendering colors beautifully and printing easily up to 13 by 19.  Oh and it has blindingly fast autofocus and takes nearly broadcast quality video. It won’t replace my DSLRs, but it is the first small camera I have ever bonded with, and I’ve tried them all.  (Just ask my Valentine!)

Just a word of commemoration on this anniversary of September 11.  Our thoughts are with those who are still dealing with the loss, and the rest of us who have had to deal with a most difficult decade since.  It can be difficult sometimes to put things into perspective.

Farewell to New York – For Now

Two final shots from a recent trip to the Apple, both taken at South Street Seaport, which is a “target rich environment” if you’re a photographer.  This 10 shot or so panorama of Brooklyn was taken from the end of the pier.  (Click on the images for a much better view.)

These were both taken hand held, amazingly, stitched together in photoshop. Unfortunately, the Brooklyn panorama wasn’t big enough to be posted on gigapan, believe it or not.  The following, my favorite, was, however.  These are the ships masts at the Seaport.