Several years back I wrote a blog post about one of my favorite trees, the Newton Apple Tree on the campus of Babson College.  It was a wonderful contemplative tree located right in the middle of the busy campus.  In spite of being in the middle of everything it was still a peaceful oasis.  The backstory is that it was supposedly a descendent of THE Newton Apple Tree, the one that inspired Sir Isaac to think through gravity.  Roger Babson, founder of Babson College, was a Newtonophile big time and had the resources to pull something like that off, so it could be true.  But we, many of us who worked there and some students, cherished the tree and would have done so regardless of its lineage.  Alas, aging and construction meant the end of the tree a few years back, which I was honored to be able to chronicle while saying goodbye.

The penultimate image, “Goodbye Isaac” was chosen recently by juror Tom Zetterstrom for inclusion in Photoplace Gallery’s current exhibition, Celebration of Trees.  I am honored for Isaac to be included in such an interesting exhibition. 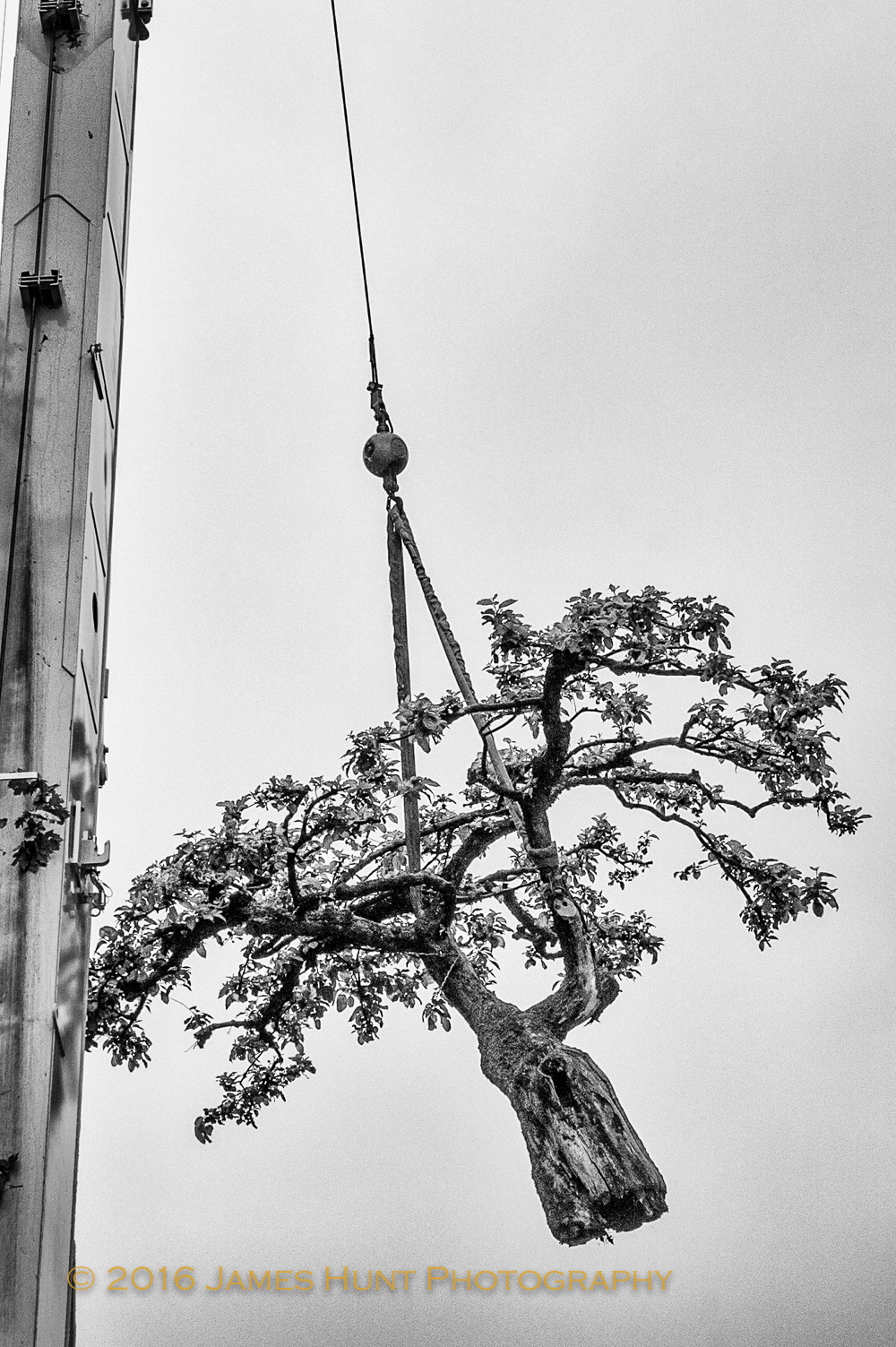 You can read about the exhibition and the Gallery here.  If you’re interested, at that link you can order a copy of the exhibition catalogue.  The Photoplace Gallery is a wonderful exhibition opportunity created for emerging fine art photographers.  They are located in Middlebury, Vermont and definitely worth the trip.  I couldn’t leave off though without a picture of Isaac in more pleasant times.

Saying Goodbye to an Old Friend

I’ve written previously about the Isaac Newton apple trees on the campus of Babson College, where I work.  They are a wonderful symbol of the intellectual curiosity and excitement of the founder, Roger Babson as well as his appreciation of the natural world.  They were grown from cuttings from the original tree that helped Newton deduce the laws of gravity.  Many trees have come from that line but my favorite, and the favorite of many on campus is this particular tree, which was planted in 1954.

It is old as fruit trees go, quite old.  It’s longevity is really the product of the hard work of the Facilities staff of the College.  But caring ultimately can’t conquer time.  Last Wednesday, was the time chosen for Sir Isaac’s and Roger’s tree to be taken down.  The tree is still producing leaves, as you can see here.  Examination by experts though over several years, made it clear that it was extraordinarily fragile.  Building will be taking place nearby.  It could not survive a move.  So with reluctance, the decision was made that this was the time.  The College did a very good job of communicating the issues to the community, thankfully.  Ever since I came to Babson I have found the tree to be a place of contemplation, a place that was very helpful, even necessary at times.  It turns out, I was not alone.  Other came to say goodbye last Wednesday morning.  It was difficult to watch, to experience, but I’m glad I was there.  The day began like a bad trip to the doctor.  Waiting.

Clearly I have a deep affection for nature and at times, anthropomorphize trees. Relationships are what we put into them.  Watching arborists at work has always fascinated me.  Like many professions whose work doesn’t make it to the TV or computer screen, we don’t realize just how complicated the job is.  I’ve had the good fortune to photograph a number of arborists over the years, and have come to view them as part craftsman/woman, part scientist/engineer, part naturalist, part business person, etc.  They have a lot going on. I was struck here by their exercise of craft.  The removal of a tree in close quarters is difficult and can be dangerous.  In addition, they were quite aware that this tree was special.  I appreciated that.  Preparation took the better part of half an hour.

I was reminded then of the carpenters’ oath:  measure twice, cut once.  The tree was being held up at this point by a cable from a crane, tied carefully to the trunk and upper branches. 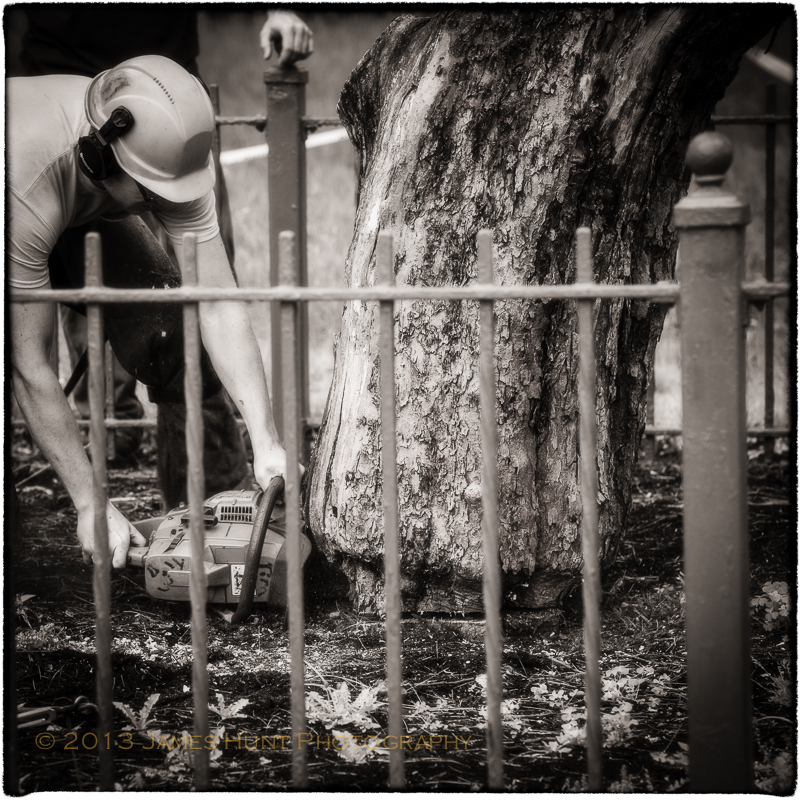 The cut took just a minute or two, after which Sir Isaac’s tree was released from the bonds of gravity. 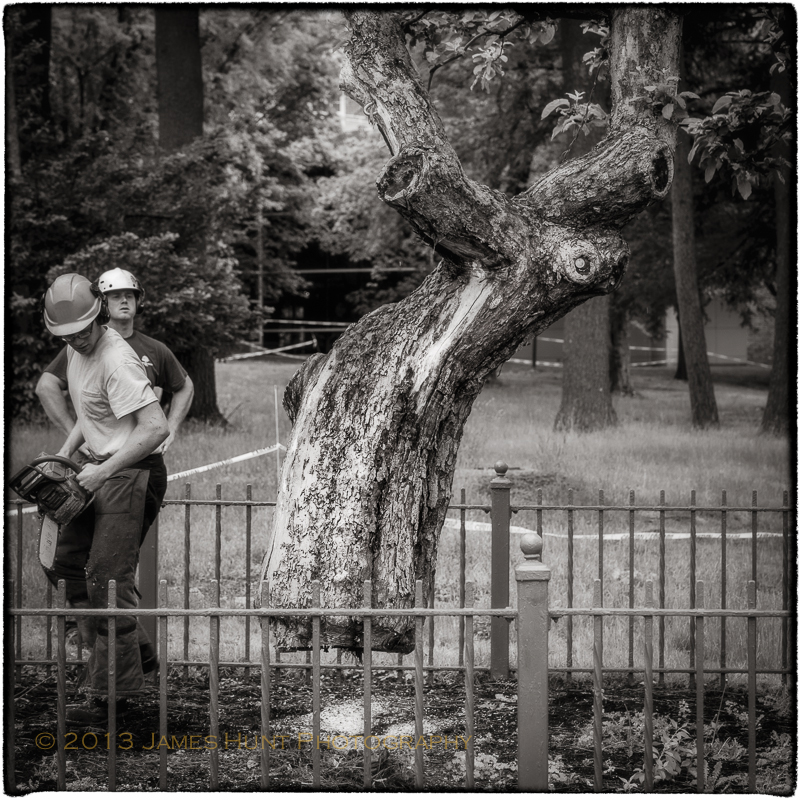 And moved toward the heavens.

The ascent also lasted only a few minutes. 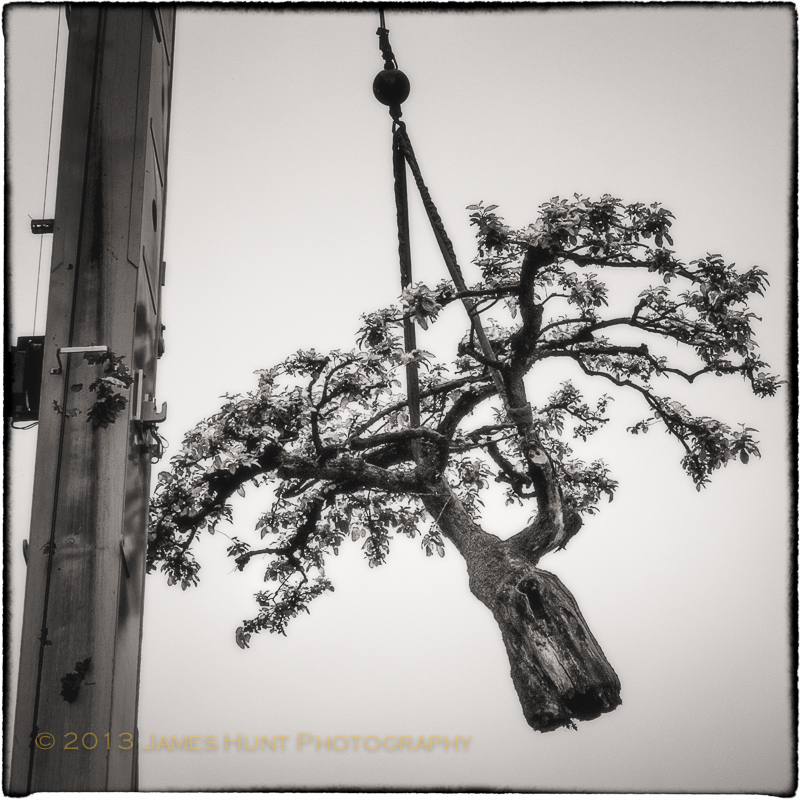 The tree was then laid on the ground and the arborists and staff from the College examined it, and could clearly see that indeed, it was literally a shell of its former self.  Much of the wood, however, as well as the remaining cuttings will be saved for gifts and other symbols. 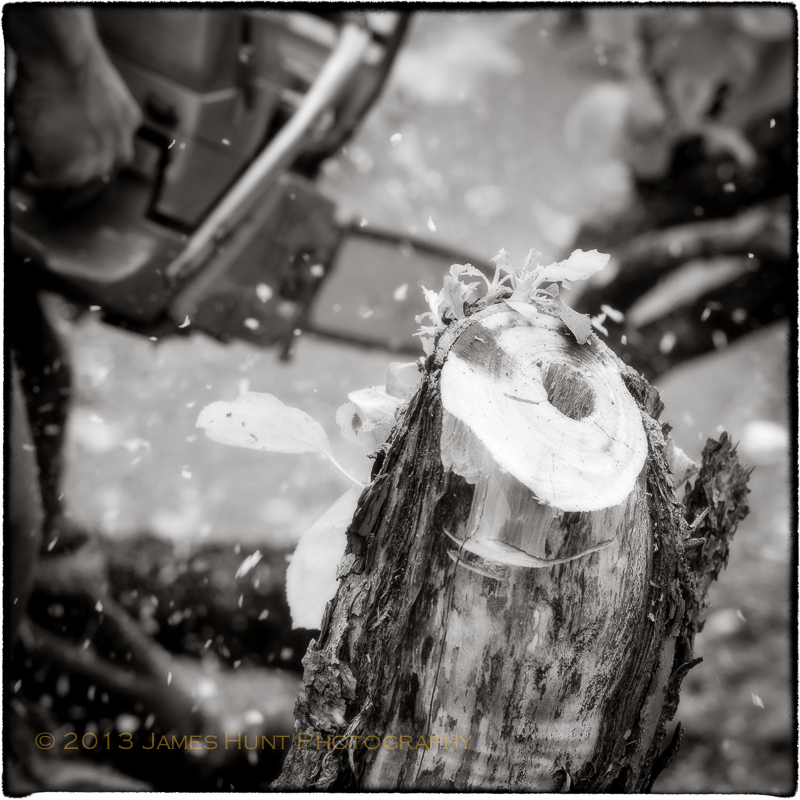 It is difficult to come to grips with just how powerless we are in the face of our mortality.  We try not to think about it, but there are reminders. 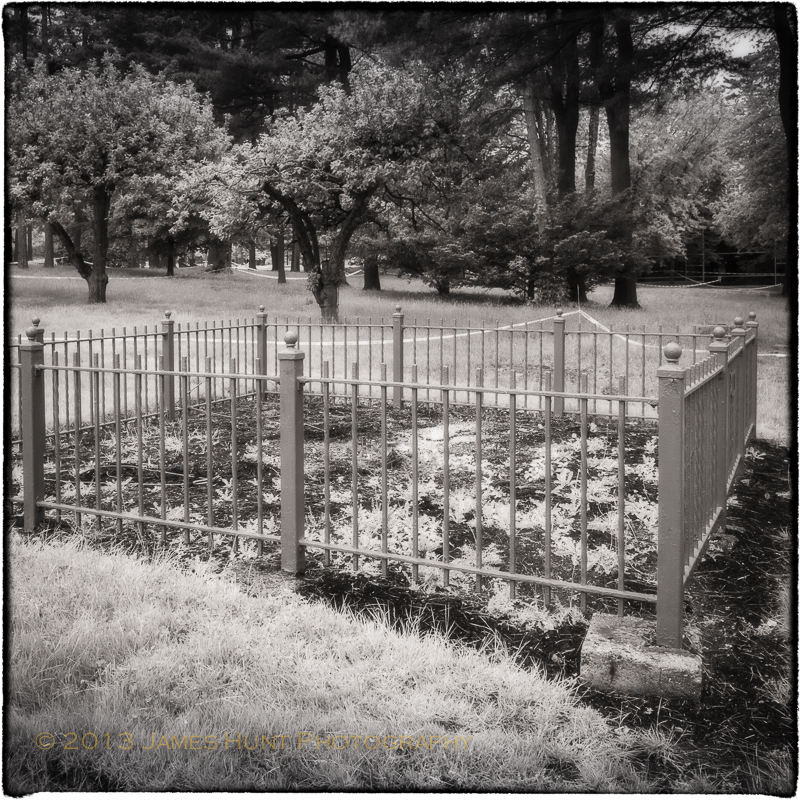 I’m glad that I had a chance to get to know Sir Isaac’s tree, and to share it’s life with quite a few other admirers on the campus.  It occurred to me that, hey, this is a college campus and I’ve been here quite a while.  I’ve never seen any form of disrespect paid to the tree.  Not so much as a piece of liter or toilet paper.  From what I’m told, my perception is accurate.  So now, we move ahead.  Here is Babson’s new apple tree grove, and you can guess where the seedlings came from.

A Walk in the Park

I’ve been inspired by Elm Park, in downtown Worcester, Massachusetts, for many years.  In so many ways, it mirrors the the beauty, the potential, and the struggles of life.  (Click on the horizontal images for a better view.)

It was born in idealism and is chronically underfunded.  It’s inhabitants, wonderfully urbane trees, flourish in the spring and summer, put on an incredible light show in the fall, and then have to withstand the winter.  But, they seem, mostly, to make it through.  At least they have each other. 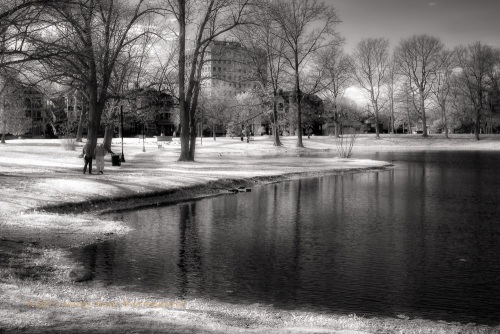 It’s nice to have them around.

Over the past year we’ve increasingly been drawn to “character trees,” inside the Quabbin Reservoir.  The typical definition of character tree (it is really a subjective one to be sure) has more to do with it’s shape and the apparent story it tells by the twists, turns and gnarls in its trunk.  I now add a qualifier:  they were planted, by humans.  This highlights for me the idea that we can understand something about a society’s relationship with nature by the way they planted trees.  And, trees last a long time, particularly away from an urban environment (less pollution, fewer dogs). The story they tell can last longer than the communities that planted them, as we see here along the Road to Millington, inside Gate 30/29 at the Quabbin Reservoir.  (Click on the images for a better view.)

We were quite surprised to come upon this carefully ordered stand of trees last December.  What stories can we infer?  It’s fun to image.  This area, a part of North Dana, was relatively prosperous.  There was manufacturing nearby but it was still largely a farming community.  The land owner was trying to make a statement. There is graphic order here, but it’s kind of a friendly order.  After all, these are shade trees.  Just the thing for a hot summer day, pre air conditioning.  The temperature under row of trees on a summer day might have been 15 degrees cooler than the hot sun.  A nice place to stop and rest the horses perhaps.

These rows of trees, along stone walls, are not, however, just an artifact of the past. They are still with us today.  Here’s a recent image from “downtown” New Salem, just a few miles away.

Perhaps this is something like the scene along the road to Millington would have appeared were North Dana here today.