We were in Petersham, MA yesterday, inside Gate 40 to the Quabbin Reservoir.  On the search for invasive species, we quickly discovered that we were the invasive specie, at least that’s what the swarming collection of mosquitoes and flies of various sorts seemed to think.  We were covered head to toe in approximately 1/4 inch of deet, so they couldn’t bite us.  Frustrated, they seemed to take on a “in that case, we’ll drive you crazy” strategy which worked quite well.  We did locate a stand of Red Pines that is being quickly attacked by Pine Needle Scale, but more about that in another post soon.  However, we also saw other species that were also not originally from around these parts, Lilies.  We were obviously thinking about Lilies this week given their beautiful presence in the City.  But out here???

We’ve seen them frequently before inside the Quabbin Reservoir gates and often speculated as to their origin.  When you see Lilies by the side of the road, it is hard not to imagine that they were planted by someone, but by who?  I have to believe that few if any folks would have the motivation to set down bulbs inside the Quabbin gates.  The reality is, these European immigrants are extremely hardy and multiply. Certainly the actual flower bulbs planted by the original settlers, such as produced this Day Lily, would have given out long ago I would think. 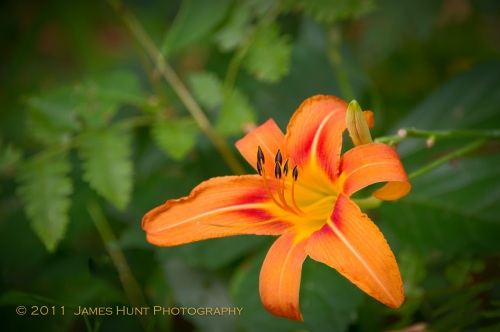 But their off spring, maybe not.  Chris noticed a less common variety on the opposite side of the road, a Canada Lily.

In addition to being beautiful, the Canada Lily was also used by Native Americans to treat a variety of illness with a tea prepared from its roots:  including stomach ailments and rheumatism. (from New England Wildflowers by Frank Kaczmarek.)

I’ve often considered the great character trees along the roads inside the gates of the Quabbin to be the last living entities that remain from that era at their pre-Reservoir location.  It is perhaps the case that these “wildflowers” have been keeping the trees company.

Things are looking up.  The snow has stopped, for now, the roads are clear so it’s time to get back out into the field.  I’ll report back next week. Meanwhile, as I mentioned in a previous post, I’ve been working on my flower photography, doing some new shooting as well as revisiting some older images, which is always interesting. This spring and summer one or our projects is going to involve a more systematic survey of some of the threatened and endangered species in the area, some of which are wild flowers.  Here are a few recent products of that work, a bouquet to a nice week of weather (I hope, am I jinxing us here???).  The first two are actually from the Quabbin.  (Click on the images for a better view.)

The background in flower photography is all important.  The background in the first two images is blurred and offers more of a romantic glow.  The blur is created by using a longer lens.  There are alternatives.   Turns out that New York City, from the 22nd floor, will do.  Here, I wanted to show the City. 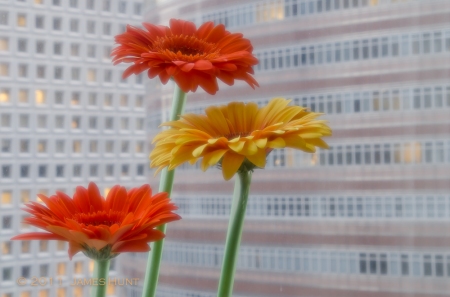 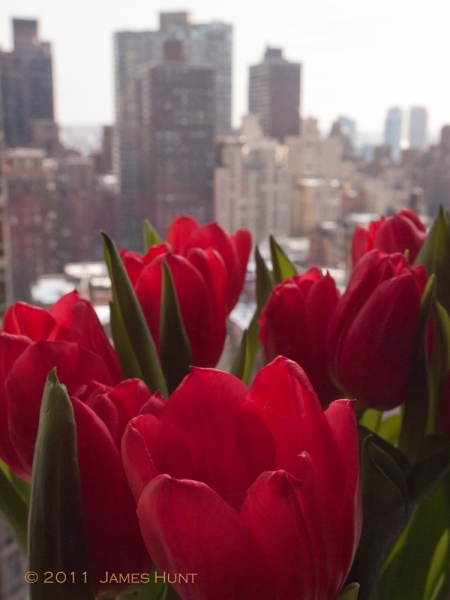 Of course, if you get in close enough, the flowers provide their own background. 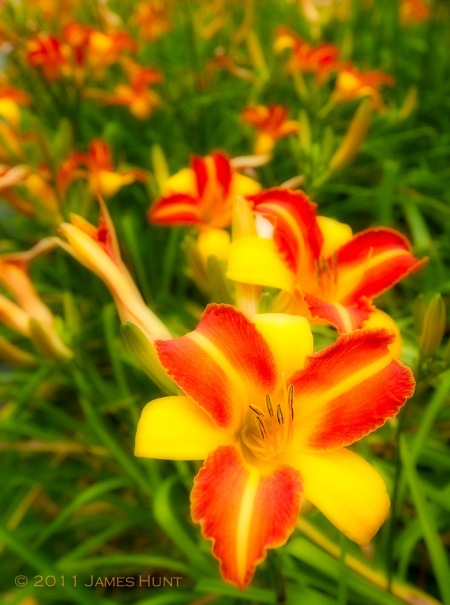 The last two are really my favorites.  As anyone who walks the city knows, wildflowers are everywhere, particularly in vacant lots (along with lots of other stuff, but that’s a another story). 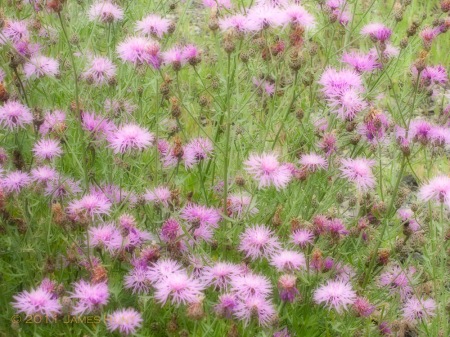 Small Beauties – Wildflowers at the Quabbin

It’s hard not to think about the Quabbin as a grand place, and it is, but if one looks carefully, down in this case you’ll find another world.  Actually, this particular world is all around us even if we’re in the city.  Very small (usually) wild flowers are everywhere, and they are lovely.  Chris is a master at spotting these little guys, recently aided by the work of photographer and naturalist Frank Kaczmarek whose wonderful Falcon Guide, New England Wildflowers includes detailed descriptions and wonderful accompanying images that are essential to the quest.  We’ve identified well over 50 different and beautiful plants in just the past few months.  They can be very tough to photograph.   In some cases the blossoms are no more than an inch in diameter and many are considerably smaller.  Luckily, they tend to travel in packs.  Here are a few samples.  Click on the image to see a larger version. We start with the well known Mountain Laurel (an invasive species as it turns out, and not the only one).

As you can guess, wild flowers are often hosts to a variety of visitors.  Take a close look at this Daisy Fleabane, and friend.

The beautiful Hop Clover is one of the smaller ones, less than half an inch across.

Another small fry, a pair of Whorled Looseleaf’s (got to love the names).

Some of these are in fact weeds, but that does not make them less interesting.  Here’s a close up of a Goat’s Beard.  Most of these shots were taken on the north side of the Quabbin Watershed at Gates 22 and 15.  This shot was taken right in front of the Spillway in the Quabbin Park.

Many of these plants are also biologically quite active, useful for a variety of medically related functions.  The Guide to New England Wildflowers has the details.  Here’s a branch of Winged Sumac.

Now we turn to battle.  At Connor Pond, just north of the Watershed in Petersham you will find the pond surrounded just at water’s edge by this lovely creature, the Pickerel Weed, another highly valued flower and seed. 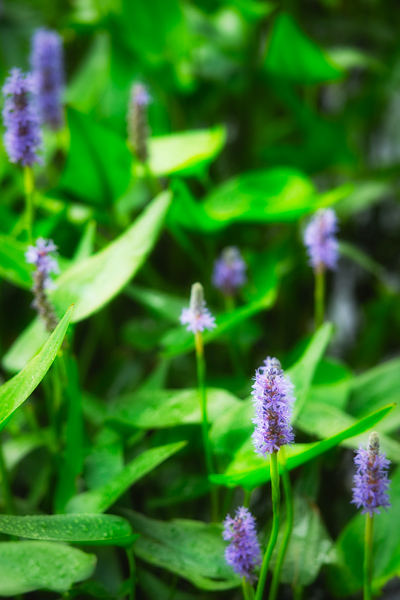 But, it is under attack by another invasive, equally lovely and similar in many ways, the Purple Loosestrife.  This flower, imported from Europe, is evidently capable of taking over the joint.  That has not happened at Connor Pond, yet. We’ll have to follow this challenging situation over time to know the rest of the story. 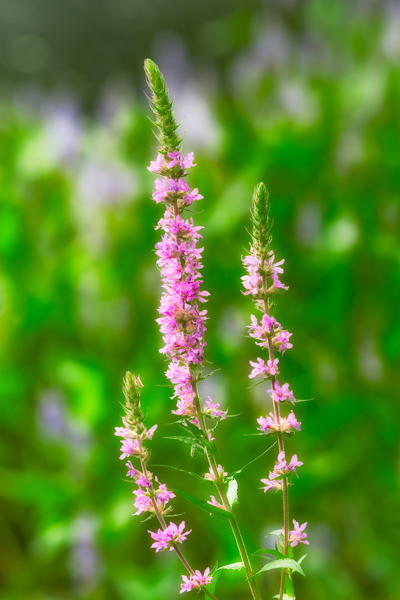 Traveling just a bit further up Route 122, we came to the Harvard Forest and Pond, a lovely spot.  Here’s a Buttonbush. 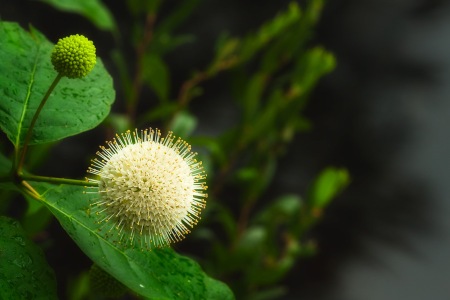 And we close with an old favorite, in a rather odd location.  Just above an artificial waterfall on the north side of the Pond we saw this Water Lily at the mouth of what are called “beaver deceivers.”  These large flexible pipes are laid over spots where beavers would be expected to build a dam.  The beavers lay their infrastructure over the pipes and the waters never rise.  We actually first saw these pipes last fall when they were probably newly laid.  They are now covered.  The beavers have been at work, clearly.  Must be quite frustrating for them…

Shooting much more now, so I’ll be posting on a frequent basis.  Enjoy the heat.